Alex Garneaux has worked at MMA since 2014. She works as a classroom assistant in Alpha and Gamma. Miss Alex finished her community support and education assistant program at Camosun college. When she is not working at the school she is hiking or painting. Miss Alex values inclusion in the community. Ali Paul has been at Maria Montessori Academy since 2012 and her role in our community is primarily as a Classroom Assistant. In the past five years however, she has worked with all ages and continues to spend time with our preschool and kindergarteners before and after school. She pursued her Early Childhood Education, after completing an undergrad in creative writing. When she’s not at Maria Montessori Academy; she’s tediously working on her novel, taking photographs, practicing yoga and enjoying nature! 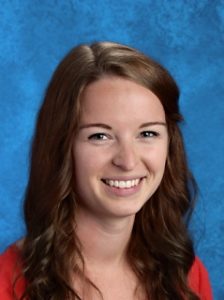 Allannah Montgomery-Spelt began at MMA in 2018 as a Classroom Assistant in Delta. She holds a Bachelor’s Degree in Music Education from UVic and is also a Registered Holistic Nutritionist. After completing her university education, Allannah worked in Cambridge, England for a year as a classroom assistant, which ultimately inspired her to pursue joining the community at MMA. In her spare time, Allannah enjoys cooking, studying nutrition, exercising, and playing her piano. Breony Ayers has been at MMA since 2012. Miss Breony completed her training in Social Services, and Mental Health in 2005. Miss Breony loves spending time with children and continues to learn from them everyday. Miss Breony has worked as a classroom assistant  in Sigma, Delta, and Omega. In her free time she enjoys dancing, singing, and exploring Victoria. 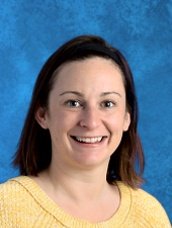 Elizabeth Post began at MMA in 2016 as a Classroom Assistant, following her graduation from Camosun College Education Assistant & Community Support Program. Elizabeth is currently a Classroom Assistant in the Sigma middle school classroom, and has also enjoyed two previous years of working in the upper and lower elementary classrooms. Since beginning at Maria Montessori Academy Elizabeth has completed her Montessori Classroom Assistant training. With her Elizabeth brings care, support and an open mind to the classroom. When Elizabeth isn’t at MMA she enjoys spending time with family, outdoor adventures, the joy of singing and a dash of Yoga for good measure.

Gabriella Rose began at MMA in 2020 as a Classroom Assistant in the Lavender class.  Miss Gabriella is currently in the process of completing her ECE-A and is eager to share her passion for early childhood education.  Born and raised in Victoria, BC, Gabriella loves to explore all the beautiful wildlife the island has to offer.  On rainy days she can be found baking, cooking, and always starting a new art project.

Jaz Grewal began her journey at MMA in 2018 as a Classroom Assistant in Lower Elementary. She holds a Bachelor’s Degree in Child and Youth Care from the University of Victoria. After completing her university education, Jaz worked as a Youth Worker with Immigrant and Refugee children and youth. She facilitated various programs that supported children academically, socially and emotionally. In her spare time, Jaz enjoys photography, being outdoors, singing, painting and spending time with her loved ones. 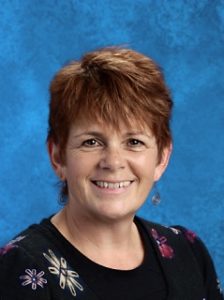 Julie Hughes first joined MMA in September 2018 as a classroom Assistant in Bluebell.

Originally from England she has called Canada her home for the past 24 years living in Ontario, Nanaimo and now Victoria. 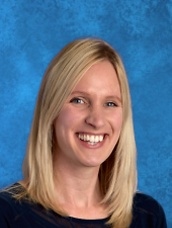 Laura Hofmann joined MMA in the spring 2015 and in the 2020/2021 school year, took over the role of Librarian.   Miss Laura comes to us from Germany with a background in Office Administration.  Miss Laura loves the community of MMA and is proud to be Mom to Lucas and Anton, who are also fortunate to attend MMA.  When Laura is not at school, she enjoys the outdoors and is busy working on her hobby farm tending to her bees, chickens, dog, Henry, and garden with her loving husband Paul. 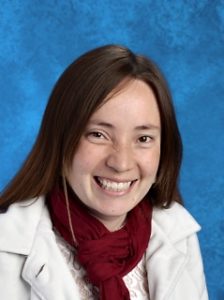 Laura Ledesma fell in love with the Montessori Method of Education at the age of 15 but could not pursue those studies in her home country. Instead, she graduated from the National University of Colombia with a BA in Geology and then proceeded to follow her true passion; Montessori Education. Miss Laura took her Montessori Early Childhood Certification in 2012 and went to work as a Montessori teacher. She moved to Victoria to join her husband and is currently taking her Lower Elementary Montessori Certification. She is very excited to be joining the MMA team as a classroomassistant in Upper Elementary. On her free time she likes watching movies, swimming, salsa dancing and family outings with her husband and son.

Louise Goodwin lived and worked on both sides of the Atlantic; ophthalmic/aural nursing in Britain, and later obtaining a B. Ed and a Dipl. Sped  from U.B.C. She has worked as a teacher and therapist with children with deaf-blindness, sensory needs, Learning Disabilities and Autism Spectrum Disorder. More recently she obtained a post-graduate diploma in Mental Health and undertook the Maria Montessori Academy Classroom Assistant Course. Miss Louise tries to keep up her French and sign language and joined the MMA family in 2014; she enjoys working with and supporting children in this caring environment.  Miss Louise enjoys her  family of eight siblings, continuing to support/raise her three children and granddaughter. 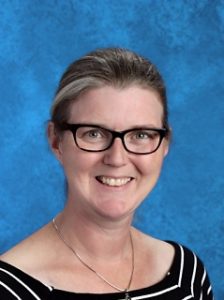 Mia Curtis joined MMA in 2018 as a classroom assistant with Sigma after finishing her Education Assistant certificate at Northern Lakes College.  When she is not at school, Miss Mia is active with her two children supporting them in their many extra curricular activities, sewing, knitting or seeking adventure outdoors.

Melissa West began at MMA in 2020 as a classroom assistant working with students in Kappa and Lambda classes. She graduated from the University of Brighton in the Uk with a Bachelor of Arts degree and qualified teaching status in 2001. In England she taught in an Elementary school for four years, then moved to Canada and continued her love of teaching, working as an academic tutor with special needs children. She is a mum of three children, who she home schooled for ten years.

In her spare time, you will either find Melissa with her cat curled up on her knee reading a book or spending time in the great outdoors, cycling and taking her dog for a walk. In between times, she is avidly studying maps with her family, whilst planning their next adventure.

Natasha Henderson began at MMA in 2020 as a Classroom Assistant. She graduated from the University of Victoria in 2020 with a Bachelor’s of Arts in psychology and has spent many years working in different childcare and preschool settings. In her spare time, Miss Natasha can be found drinking tea, doing yoga, making ceramics, travelling, reading, and spending quality time with her family.

Nicole joined the MMA team in 2014 when she was hired as a Classroom Assistant in the Lavender classroom. She then had the opportunity to work as Preschool Teacher/Montessori Directress in Bluebell before taking time off to start her family. Nicole returned from maternity leave in the 2019/2020 school year.  Nicole has an Early Years Montessori Diploma as well as ECE Certification. Nicole enjoys spending time with her daughter, watching her grow and learn. They love to get out, taking full advantage of the local trails, playgrounds and beaches.

Patricia Garner began at Maria Montessori Academy in October 2019 and can be found in the Lambda and the Sigma classrooms. She recently graduated with a Bachelor of Arts in Psychology from the University of Victoria and has worked with the WITS Anti-Bullying Program Foundation. She is passionate about the learning process, positive classroom culture, and individual thriving. If she is not at MMA, Patricia may be creating music, practicing yoga, having take-out at home with cat (Captain) Crunch or exploring Vancouver Island nature.

Mr.Stephen joined MMA in 2018 as a classroom assistant with Omega. After a long career in the hospitality business, he decided pursue a career in a field far more fulfilling- and he hasn’t looked back since! He looks forward to the new challenges that education brings, and working with the exceptional students in Omega.  In his spare time he can be found playing LEGO with his son, stepping on LEGO, and playing guitar.